Popular legend attributes to the icon that is found in the small sanctuary dedicated to Our Lady of the Victories, some miracles following the apparition of the Virgin Mary to a girl called Zanetta Bariviera on 9 July 1722.

Not far from the parish, following viale Caccianiga, we find the small church dedicated to Our Lady of the Victories. It was erected in 1717 by the Venetian doge Carlo Ruzzini right next to his villa in the countryside.

Inside the Church there is an image, which is a copy of that of the church of Saint Stephen in Vienna, which represents the Virgin and Child. 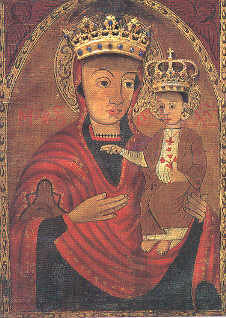 Popular legend attributes miracles to this icon after the apparition of Mary to a girl called Zanetta Bariviera on 9 July 1722. The date is remembered today with solemn ceremonies. 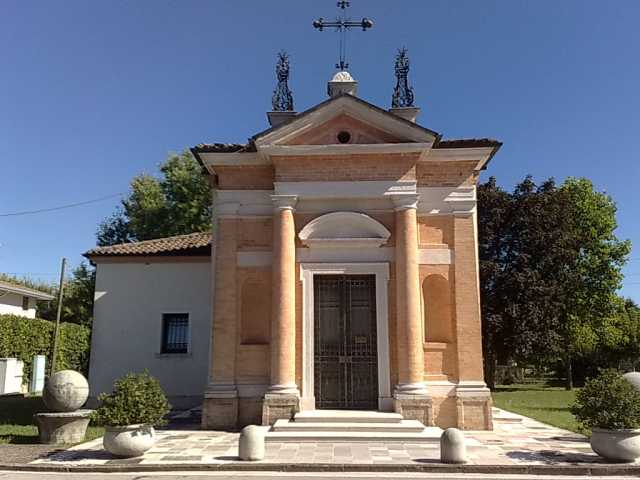 In 1917, the second centenary of the foundation of the Church, the bishop of Treviso, Monsignor Longhin, solemnly crowned the image that, after the days of Caporetto (lit. means rout or total failure), was brought to various locations in the Veneto. She returned to the village on July 6, 1919, pulled by four horses, with the victory trophies. 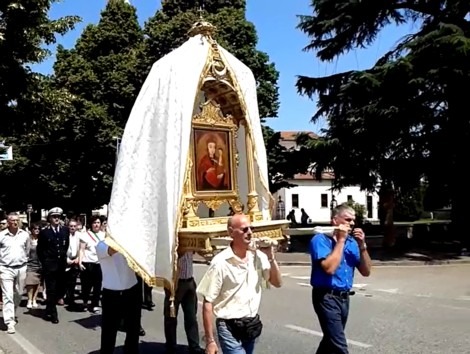 The permanently inhabited villages, from which Maserada developed, must have existed since the first centuries after Christ, in the stretch of floodplain between Postumia and the Piave river.

Its history and its territory are marked by the events related to this stream and the ancient Via Postumia, traced by the consul Spurio Postumio Albino in 148 AD. In late imperial times, in the place where this road meets the Piave, villages might had risen where militias and wayfarers found refreshment after a long and tiring journeys, before crossing the river. The most fertile part of the countryside was cultivated by the servitude of some brave soldier awarded with the concession of a farm. Often the passage of armies brought looting and destruction.

In 1995, during the excavation of the foundations for the construction of a public homes in the center of Maserada, glass paste jewelry was found, belonging to a girl, whose teeth and part of the skull were recovered. Together with fragments of amphorae and embryos, they demonstrate the presence of small communities even in the Lombard period, in the 6th and 7th centuries AD. After the year 1000, after a long period of abandonment of agricultural activities, the arid and uncultivated lands, tormented by the floods of the river, were affected by intense reclamation works by the monks and indigenous people. 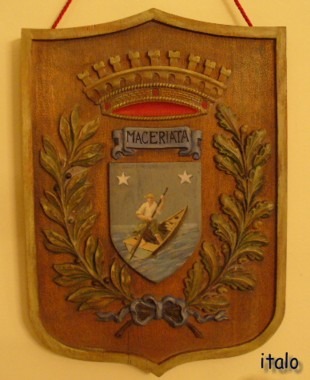 The town is given the name “Macerata”, or “Maceriata”, from which Maserada, for the appearance of the territory tormented by the floods and floods that left pebbles everywhere. Land reclamation also accumulated these materials on the edge of the cultivated land, along the ditches: in one case and another, many rubble characterized the environment. In 1231 Pope Gregory IX counted the “vicus de Maceriata” as among the chapels with which the Abbey of Saint Eustace of Nervesa was arrayed. It was a village of rustic huts and stone huts with a reed roof, but with its own church dedicated to Saint George, a Christian knight and martyr of oriental origin. 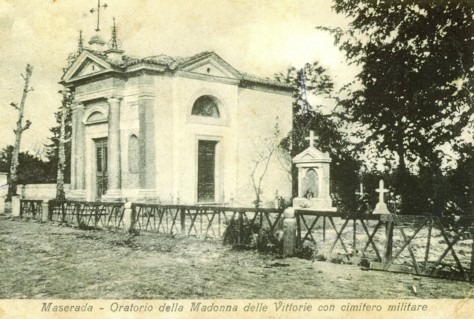