The institution of this pious religious practice, which recalls the Incarnation of the Word; how it was born, how it spread, pious practice with video and history.

The name derives from the initial word of the Latin text, Angelus Domini nuntiavit Mariae. The Angelus recalls the salvific event whereby, according to the Father’s plan, the Word, by the work of the Holy Spirit, became man in the womb of the Virgin Mary.

The origin of this devotional practice is probably to be found in medieval monasteries: while the chorister monks sang the liturgical hours, composed essentially of psalms (known by heart) and antiphons; the conversi, often unable to read, interrupt their manual occupations and joined in prayer.

It seems that the institution of the Angelus was attributed to Pope Urban II by Pope John XXII, but it was officially and on a large scale put into practice with Pope Callisto between 28 and 29 June 1456 when he invited everyone to invoke the intercession of the Mother of God through this age-old prayer initially recited only at sunset.

Thus it was intended to find protection and grace with the Holy Virgin during a particularly troubled and tormented historical period. The Turkish empire indeed threatened Europe and peace on the continent. The triple invocation of the Angelus was ratified by King Louis XI of France, who ordered in 1472 that it be recited three times a day. 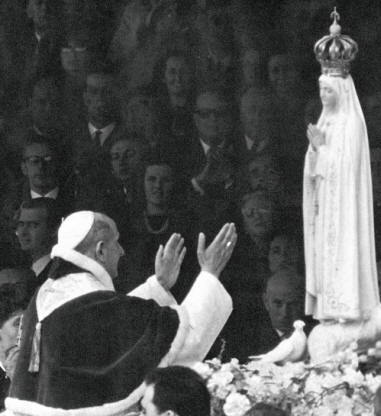 Starting from the pontificate of Pope St. Paul VI, some radio and television broadcasters, even in Eurovision, began broadcasting the Angelus recitation: every Sunday at noon the Pope gives a short speech at the end of which the Angelus is recited. In Easter season, it is replaced by Regina Coeli. This pious practice includes a partial indulgence for the faithful who recite the Angelus at dawn, at noon and at sunset – or the Regina Coeli in the Easter season.

Jean-François Millet’s Angelus is a painting created in 1858-1859 and preserved in the Musée d’Orsay in Paris, it is one of his best known works and which best represents this fervent devotion. It shows a couple of farmers, intent on prayer, who interrupted the hard work of the fields at the sound of the bells announcing the Angelus. Millet will later declare:

“The Angelus is a painting that I painted recalling the times when we worked in the fields and my grandmother, every time she hears the tolling of the bell, made us stop to recite the angelus in memory of the poor souls”. 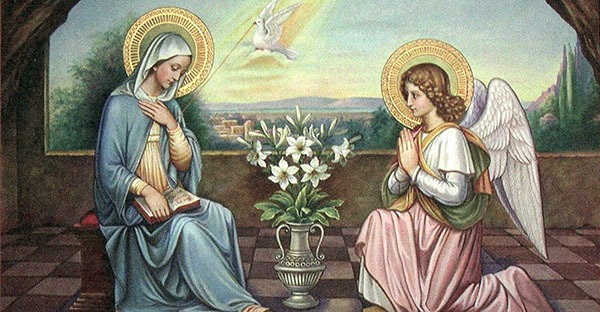 In the Compendium of the Catechism of the Catholic Church, three short texts recount the episodes, reciting them as verses and responsory, alternating with the prayer of the Ave Maria. This devotion is recited three times a day, at dawn, at noon and at sunset. At these times, a bell, sometimes called the “Angelus bell” or “Ave Maria bell”, is rung. At the end of the Angelus, the Gloria is said three times and the “Eternal rest” once for the souls of the faithful departed. Sometimes it is customary to add the recitation “of the Angel of God”.

ANGELUS PRAYER
V /. The Angel of the Lord declared unto Mary
R /. And she conceived by the power of the Holy Spirit.

Hail, Mary, full of grace, the Lord is with you. Blessed are you among women and blessed is the fruit of your womb, Jesus. Holy Mary, Mother of God, pray for us sinners, now and at the hour of our death. Amen.

V /. Pray for us, o holy Mother of God.
R /. That we may be made worthy of the promises of Christ.

Pour forth, we beseech you O Lord, your grace into our hearts; you, who by the annunciation of the angel revealed to us the incarnation of your Son, through his passion and his cross, guide us to the glory of his resurrection. Through the same Christ, our Lord. Amen.

3 x Glory, The Eternal Rest and Angel of God