We have very few information about the town of Luggau, at 1170 m above sea level in the Gail Valley in Carinthia. Today it boasts about 550 inhabitants, but at the end of the 16th century the village was made up of about 16 houses inhabited by peasants who worked in the fields and woods of the lords of Pittersberg.

The narration on the origins of the sanctuary of Our Lady of Luggau was put in writing when Count John of Ortenburg, governor of Carinthia, gathered the elders of the valley to collect from their own voice what they knew about the history of the Marian sanctuary. Among others there was a 116-year-old man nicknamed “Mattia dei Prati.” According to this story, where the Church stands today there was a very fertile field, cultivated by a pious but poor woman. One day, tired from work, she sat up and dozed off. In her dream she had a vision: in that same place a church would have risen and she herself would have had to engage in this construction. 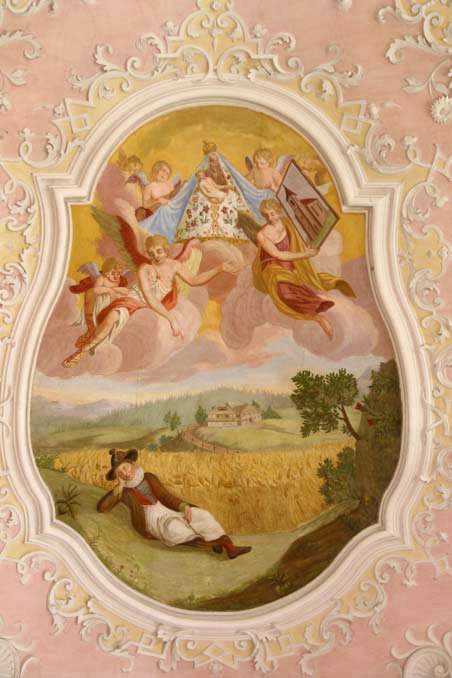 Waking up from sleep, at first she no longer thought about the vision, but also she could not understand why, being a poor woman herself, could have built a church. But the idea, despite the efforts, remained fixed in her mind and tormented her day and night. Then she said to herself:

“If there is something true in all this, I will light a candle in the field and it will have to burn continuously for three days and three nights. If so, I will have to believe that the vision came from Heaven. “

Said and done: the candle burned for three days without ever going out despite the strong wind. Convinced then that the order came from above, with her savings she first bought an image of Our Lady of Sorrows, a “Pietà”. She took it from house to house telling the story and asking for help for the construction of the Church. 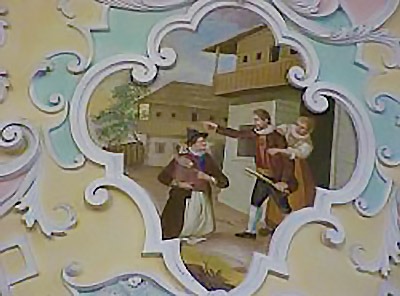 But Elena (this was the woman’s name) collected only derisions and ridicule; on the contrary, she was taken for mad and swindler and locked in prison. However, the judges had to acknowledge her righteousness and released her.

The sufferings and humiliations she went through, undoubtedly at the behest of Heaven, changed the attitude of the villagers towards her and some peasants, without being asked, provided the timber necessary for the construction of the chapel where the image of Our Lady of Sorrows that Elena had purchased was placed. 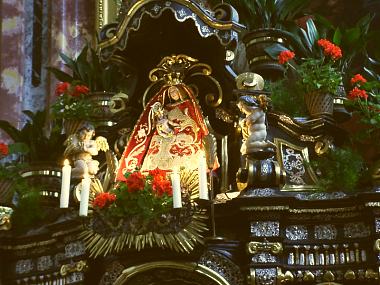 While the carpenter was working on the roof covering, a local – mentally handicapped – entered the small chapel and perhaps struck by the vividness of the colors of the statue, took it with him and was about to take it away when the carpenter warned him to return the sacred image in its place. The narration tells us that the poor man obeyed the worker ‘s command, and at the same time he regained the use of reason. The fact contributed to spread even more the fame of the small sanctuary.

Elena drew from it her motive to go to Count John of Manndorf, in Pittersberg so that the wooden chapel could be replaced by a building made of bricks. Her words had to be effective because Count John himself went to Luggau to make sure that the construction was completed as soon as possible. But he encountered strong resistance from the peasants, probably because their interests were being affected. Given the difficulties, he abandoned the project and resumed his journey to Pittersberg. Halfway, however, the horse went wild and the count, left hanging by a stirrup, was dragged along the road for a long time, when the horse suddenly stopped; 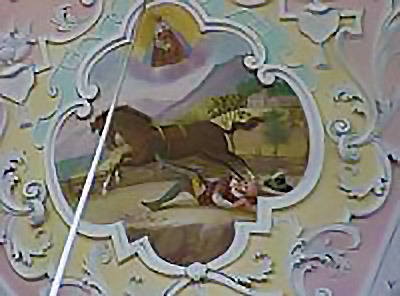 John found himself completely unharmed. He interpreted the incident as a sign from Heaven, returned to Luggau and worked hard to get the church built as soon as possible. 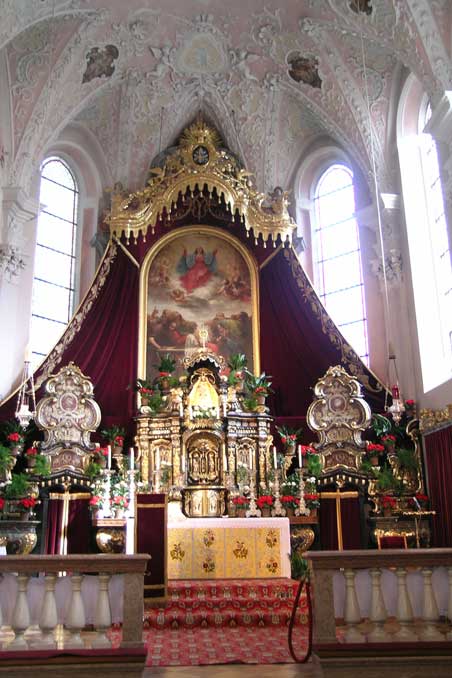 The church, given the continuous and growing flow of pilgrims, was soon too narrow and insufficient. After two years it was demolished and replaced by a very large new construction. The works ended in 1536 and on August 26 of that year, Daniele de Rubeis, bishop of Caorle, consecrated the church by dedicating it to Our Lady of the Snow. 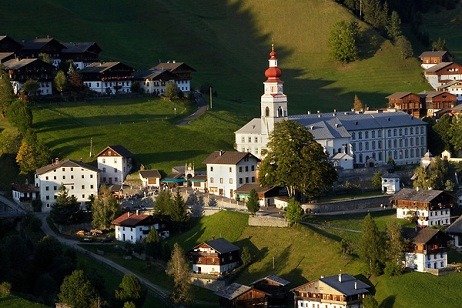 In 1593 the Count of Ortenburg built a convent next to the Church and was entrusted to the Franciscan Minors. In 1594 Francesco Barbaro, patriarch of Aquileia, elevated the church into parish. When the Franciscans withdrew, in 1635 Count George of Ortenburg donated the church and convent to the Servants of Mary, as Claudia de ‘Medici, widow of Archduke Leopold of Austria, had advised. In 1640 a fire destroyed the convent, but the church suffered no damage. 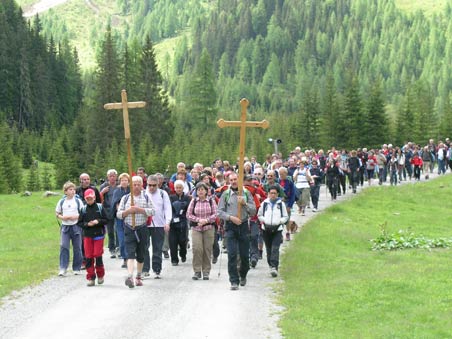 The pilgrims of Mary of Luggau come from Carinthia, Styria and Salzburger Land. The pilgrimages from Italy come from Carnia, Sappada, Comelico and Cadore, and take place between June and September. 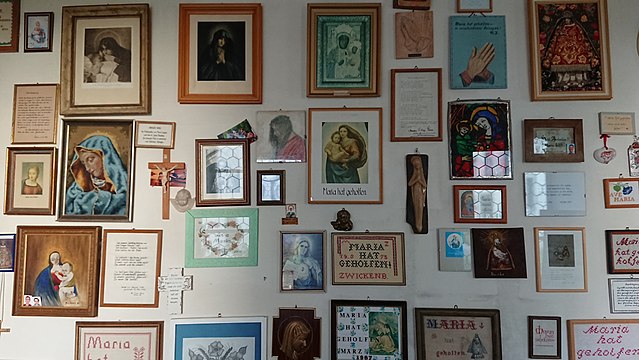 The popular devotion towards the Mother of the Lord is also documented by the votive tablets that adorn the Cloister: they are a simple but valid testimony of faith and trust in the intercession of the Mary by the Christian people. The paintings of the Cloister depict the history of Luggau, the life of Blessed Giacomo Filippo Bertoni from Faenza of the Servants of Mary and other Saints and Blesseds of the same Order.