The sanctuary of the Blessed Virgin of Graces (Beata Vergine delle Grazie) stands along the Via Persicetana, built towards the mid-thirteenth century as a road linking with Bologna. According to tradition, on the point where the 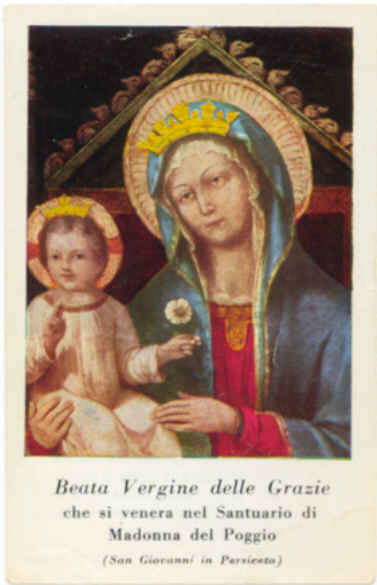 sanctuary is now located, another church dedicated to the Child Jesus was built up to the 10th century. Next to the church, situated on a rise, there was a small pillar bearing the painted image of a Madonna with Child. From here derives the popular name of the sanctuary, still diffused today: “Madonna del Poggio” (Our Lady of the Relief) (from the Latin podium, pogium: relief, height). A water source considered miraculous due to its thaumaturgical properties flowed close to the sacred image. The image of the “Madonna del Poggio” then began to be revered by many; for this reason, it was decided convenient to keep the portrait in a special chapel.

In 1433 the small chapel was incorporated into a larger building, probably built by Mastro Giovanni Ferrari, a persicetan famous for his religious piety, author of the church of 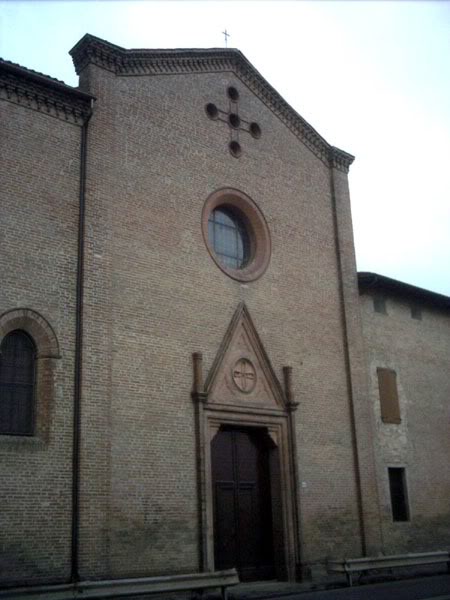 Sant’Apollinare. In the mid-fifteenth century, the church was owned by the influential Busi family; in 1494 it passed instead to the Gerolamini Fathers of San Barbaziano in Bologna. Four years after their establishment, they began the construction of the current, larger building, to contain the crowds of pilgrims who came constantly to implore graces and healings to the venerated Madonna.

VIDEO PILGRIMAGE OF THE SANCTUARY: (in italian)